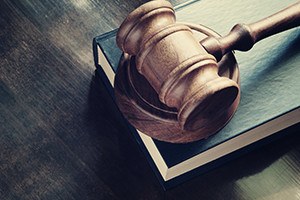 Florida Statute 777.04 prohibits anyone from attempting, soliciting, or conspiring to commit a crime. A way to think about these crimes is that they are all stops along the road to committing a crime, each one getting closer to the intended destination. Attempt can be committed with one person while solicitation and conspiracy necessarily involve some third-party. If you or someone you know has been charged and arrested in accordance to this statute, do not hesitate to contact one of our West Palm Beach Criminal Lawyers.

An attempt is where the defendant tries but fails to commit a crime. In baseball terminology, it is a “swing and a miss.” See Florida Statute 777.04(1).

For the defendant, Mr. Jones, to be convicted of the crime of attempt, the state prosecutor must prove:

A possible defense to attempt is where the defendant abandoned their attempt to commit the crime or otherwise prevented it from happening. See Florida Statute 777.04(5)(a).

Solicitation is where the defendant is asking or trying to convince another individual to commit a crime.

For the defendant, Mr. Jones to be convicted of solicitation, the state prosecutor must prove:

For the defendant to be convicted of committed conspiracy, the state prosecutor must prove:

If the defendant persuaded or prevented the other person from committing the crime after they had already agreed to commit it, Florida Statute 777.04(5)(c) provides the defendant with a defense to the conspiracy charge.

Punishment for Attempt, Solicitation, or Conspiracy

Depending on the crime being attempted, solicited, or conspired, the punishment can range anywhere between a second-degree misdemeanor that is punishable by 60 days in jail with a $500 fine all the way up to a first-degree felony which is punishable up to 30 years in prison and a $10,000 fine.

If you have been arrested and charged with attempt, solicitation, or conspiracy, it is important that you contact an attorney at our office. Our West Palm Beach Crime Attempt Lawyers can help explain to you your legal options and fight it every step of the way. We are ready to go to trial, if necessary, but our goal is to find the best result for you. That maybe diversion, a plea bargain, a motion to suppress, or a trial- it all depends on your particular facts and what is best for you.