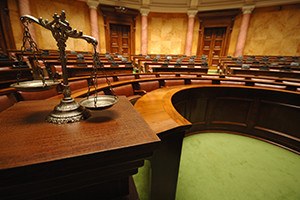 Pursuant to Florida Statute 826.01, it is a crime in the State of Florida for a married person to marry another person. It is also a crime to knowingly marry the spouse of another person while they are still married. This type of relationship is commonly called “Bigamy.”

In order to be convicted of committing bigamy, the State of Florida has to simply prove the following:

The Florida Legislature has provided exceptions to the crime of bigamy that may be able to prevent you from being convicted of bigamy:

How do these exceptions apply? Maybe, for example, your first spouse went missing for several years and you remarried because you reasonably, but mistakenly, believed your first spouse to be deceased. Technically you could be charged with bigamy, but you could have a valid defense against those charges.

Bigamy constitutes a third-degree felony punishable by up to five years in Florida State Prison.

While it may sound like a Hollywood movie plot (think of that survivor movie where the guy crash-landed on the island and his wife remarried, thinking he was dead), bigamy charges are serious in the State of Florida. Believe it or not, scenarios like this happen every day in the real world. The attorneys at the Law Office of Roger P. Foley, P.A. understand, and will work to help you if you are facing criminal bigamy charges.

If you have been charged with committing bigamy in the State of Florida, you should contact a West Palm Beach Bigamy Lawyer at The Law Office of Roger P. Foley, P.A. to discuss your defense options. Third-degree felony charges are serious in the State of Florida, and if you are facing such charges, you will want a knowledgeable defense team in your corner.

Criminal Practice
Video Center
View More
Client Reviews
★★★★★
I was charged with Domestic Violence few years ago and I was referred to Roger Foley from a family member! Roger is a BULLDOG! He was great ... Thomas
★★★★★
My wife (Mother of Stepson) and I Hired Mr Foley to represent my stepson in a minor criminal case. We would highly recommend ... Steve
★★★★★
Roger P. Foley got me reinstated. Also he got my COS waived, and got me to still be terminated off of probation on my expected termination date ... Jamar
★★★★★
Roger is a very compassionate person, he truly cares about his clients. He helped me with my case and was there for me every step of the way ... Cassandra G.
★★★★★
I think your firm did a great job on 3 cases that were 28 years old. The results are better than expected. I truly appreciate the hard work that ... Jim
View More
Submit a Law Firm Client Review