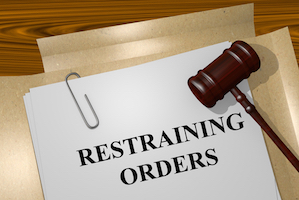 Are you being served a subpoena, in Palm Beach County, Florida for a Temporary Injunction or Retaining Order for Domestic Violence? We are Injunction and Restraining Order Attorneys located in West Palm Beach. When you are subpoenaed for a Domestic Violence Injunction or Retraining Order you want a lawyer that understands and practices in this area of law. Don’t hire a lawyer that dabbles in the art of criminal defense, hire a criminal defense attorney that has extensive experience in Injunctions and Restraining Order cases. Your attorney needs to have knowledge and experience but also needs to know the process. Judges are conservative when deciding on whether to grant or deny a request for a retaining order or injunction in Palm Beach. Finding the best criminal defense attorney in Palm Beach County, for your case, is difficult. You need to review their educational background, experience in civil injunction cases, their reputation in the community, and their ability to communicate with you, the client. The quality of the criminal defense attorney you hire to defend your Domestic Violence Injunction case is extremely important. We ask that you consider our South Florida Criminal Defense Attorneys.

What can the Law Office of Roger P. Foley, P.A. do for You Regarding Injunctions/ Restraining Orders?

We are often hired to defend the Respondent, the target of an injunction. What occurs at an Injunction Hearing can be used against you in criminal proceedings. Knowing what not to say is as important as knowing what to say.

What Happens if an Injunction is Successfully Entered Against You?

There will be a Loss of Rights. When the Court enters a final Order granting a protective injunction against you there are some serious consequences, including:

Since an Injunction is a civil proceeding, not criminal, you will not be given a lawyer if you cannot afford one. Do not go to an injunction hearing without consulting a Florida Injunction Defense Attorney. An injunction hearing does much more then prevent you from being near the Petitioner. An injunction can cause chaos in your life and disrupt your relationships, employment, living situations, and licenses. If you are the Respondent, hiring a competent Injunction Defense Lawyer will likely be advantageous to your situation. You can, of course, represent yourself, but having an attorney who understands the Rules of Procedure and the requirements that must be established to grant a Petition, are going to help you.

What most people refer to as a “Restraining Order” in Florida is legally termed an “Injunction” by the courts. An Injunction is an Order by the court that prohibits one person from contacting you. The purpose of such an order is to protect one from an act of violence. The types of injunctions are as follows:

A Domestic Violence Injunction is a type of injunction that may be filed by “family” that currently or previously shared a residence with you. “Family” is generally defined as spouse, ex-spouse, parent, step-parent, sibling, grandparent, aunt, uncle, children, adopted children, step-children, and individuals that are intimate and are living together, i.e. boyfriend, girlfriend, or domestic partner. The parent of your child or children is considered “family” even if you never lived together or were never married to that person.

Domestic Violence is any act that threatens or results in an act of violence against family, such as: False Imprisonment, Battery, Felony Battery, Aggravated Battery on a Pregnant Female, Sexual Battery, Strangulation, Assault, Aggravated Assault with a Weapon or Firearm, Stalking, Aggravated Stalking, or any other offense that results in death or physical injury.

If a family member is threatening you with acts of violence, or if there is physical abuse being committed against you, then you may be able to file as a Petitioner and receive an Injunction. The alleged abuser is referred to as the Respondent. The person who alleges that they are being abused is the Petitioner.

If granted by the court, an Injunction Order may provide:

If you would like to retain a lawyer to help you file this Petition, then contact our office and speak with Attorney Roger P. Foley.

If the individual with whom you are having Domestic Violence issues with is not a member of your “family” as defined above, but you have dated the other person over the last six (6) months, and had sexual relations with that person with a continued expectation of affection, and continuously had communications and involvement with that individual, you may Petition the court for a Dating Violence Injunction.

If the individual with whom you are in fear is not “family” as defined by the courts and that person committed any of these acts:

and you contacted police and are helping them in their criminal investigation or the other individual is to be released from prison within 90 days for sexual crimes committed against you, then you may file a Petition for a Sexual Violence Injunction.

The purpose of filing for an Injunction is to seek help from the Court. The Court can enter an Order that:

Sometimes there is violence that does not fit into the above-referenced categories. Violence may occur with relatives who have never lived with you, or among co-workers, neighbors, or fellow students. If that is your situation, do not worry; you may still be able to file for an Injunction. To file for a Petition for Repeat Violence Injunction you will need to demonstrate to the court at least two incidents of violence, and one of them must have occurred within the last six months. If you only have one incident, the court will not grant your petition.

If you would like to retain an attorney to help you with any of the above-mentioned categories, then contact our office today and speak with Attorney Roger P. Foley.