Lewd or Lascivious Exhibition Over The Internet - Florida Statute 847.0135(5) 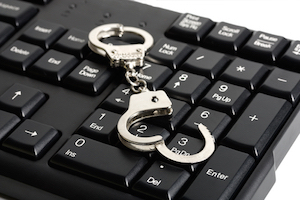 Have you been arrested for lewd or lascivious exhibition over the internet? Two common scenarios where this charge pops up are (1) boyfriends or girlfriends under 16 video chatting or (2) people chatting online with children, or people they think are children, younger than 16.

Middle-Schoolers and teenagers enter relationships that progress in intimacy. They think it might be a nice gift to send a video of themselves naked to their significant other. What they do not know is they are not only sending child pornography over the internet, they are also breaking the law.

The other common situation is people caught in police stings where a police officer acts like a child in a chatroom and the defendant sends the police decoy pictures or videos of the defendant naked. Many of these individuals are seen on TV shows where they catch child predators at houses.

The words “lewd” and “lascivious” mean the same thing and mean a wicked, lustful, unchaste, licentious, or sensual intent on the part of the person doing an act.

In situations where an undercover police officer is used in a sting, the statute specifically prohibits the criminal defense attorney from bringing up the decoy police officer’s age as a defense. The reason behind this is no one would ever be convicted if they could raise the defense of the 20-30 something police officer impersonating a 15 year old because she is not younger than 16 as required by the statute. The police officer has to just impersonate a child or let the defendant know or give reason to know that the “child” is under 16.

The punishment depends on the age of the defendant. If the defendant is over 18 years of age, he commits a second-degree felony. This crime is ranked as a level 4 under the Florida Criminal Punishment Code.

If the defendant is under 18, he commits a third-degree felony punishable up to 5 years in prison and a $5,000 fine. This crime is ranked as level 5 under the Florida Criminal Punishment Code.

If you have been charged with this crime, call our law offices to schedule a free 15 minute case strategy with one of our Palm Beach County Cyber Lewd Act Attorneys. These types of cases can be defended, so we need to talk to you to find out your version of the story. We will craft a defense strategy from those facts. We will find out what evidence the prosecutor has against you and what the police officers and witnesses observed regarding the situation. All this evidence will be used to negotiate with the prosecutor to have the charges dropped. In the event the evidence against you is great, our Palm Beach County Cyber Lewd Act Attorneys won’t throw in the towel. We can take your case to trial or negotiate a plea deal. Whatever happens, know that we will be there to fight to get you the best solution.