Home
Criminal Practice
Disorderly Conduct
Disturbing a School, a Religious Assembly, a Lawful Assembly of People, or a Military Funeral

Disturbing a School, a Religious Assembly, a Lawful Assembly of People, or a Military Funeral - Florida Statute Section 871.01 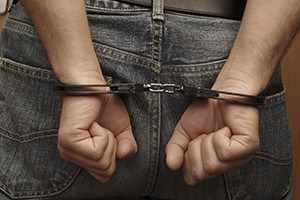 In Florida, it is illegal under Section 871.01 to knowingly and intentionally disrupt a school, a religious assembly, or a military funeral. Florida has another crime under Section 877.03 called breach of the peace which makes it a crime to affect the peace and quiet of people. Section 871.01 is not rephrasing Section 877.03 but supplementing it by also protecting schools, religious assemblies, lawful assemblies, or military funerals.

Section 871.01(1) – Disturbing a School, a Religious Assembly, or a Lawful Assembly of People

The state statute seeks to protect three different gatherings, but they all have in common the need to keep order or their purposes will be frustrated.

The statute enumerates school gatherings and religious worship as the kinds of assemblies which it seeks to protect. These functions are fragile by their nature. They generally require a high degree of voluntary restraint and cooperation to produce the harmony necessary for their effectiveness. Thus, they are highly vulnerable to disturbance. A single individual may cause havoc in a situation in which hundreds of others have sought a common purpose.

The state prosecutor has to prove beyond a reasonable doubt that the defendant willfully interrupted or disturbed either:

An assembly of people meeting for a lawful purpose can be schools boards, town council meetings, etc.

Funerals can be very emotional times for people and this paragraph of the statute is seeking to prohibit individuals from disrupting the services. Groups such as the Westboro Baptists have protested outside of military funerals with signs saying things like “Thank God for dead soldiers” but they are not violating the law because they have a First Amendment right to protest. See Snyder v. Phelps, 131 S. Ct. 1207 (2011). Going from beyond protected speech to actions would start crossing the line of committing this crime.

A “military funeral honors detail” consists of at least two persons from the armed forces in proper uniform, at least one of whom was from the deceased’s branch of the military, and the funeral ceremony includes the playing of “Taps,” followed by the folding and presentation of the United States flag to the family of the deceased.

A citizen of Florida has a First Amendment right to speak publically subject to certain place and time restrictions. If what you said caused the disturbance, you might have an argument that you were well within your First Amendment right to say such things; however, if it was not what you said but what you did to cause the disturbance, then this defense would not apply. See Weidner v. State, 380 So. 2d 1286, 1287 (Fla. 1980).

The school has to be in session, the church in worship, or the assembly together to violate this law. Location alone does not trigger this statute but the atmosphere that is needed. For example, if school is out and a person is running around screaming, it would be hard for a prosecutor to argue the person is violating this law.

The funeral has to be a military funeral and not just any funeral; however, one might get arrested under Section 877.03 breach of the peace because disturbing a funeral could be considered to “outrage the sense of public decency[.]”

Anyone who disturbs a school, a religious assembly, or a lawfully gathered assembly commits a second-degree misdemeanor which is punishable up to 60 days in jail and a $500 fine.

Anyone who disturbs a military funeral commits a first-degree misdemeanor which is punishable up to 365 days in jail and a $1,000 fine.

We understand that not every case can be won; however, if this is the situation, we will continue to negotiate for you the best plea deal we can. So whether you want us to negotiate a plea deal or fight your case all the way to trial, we will fight to get you the best outcome possible. Call us today so we can get to work helping you.