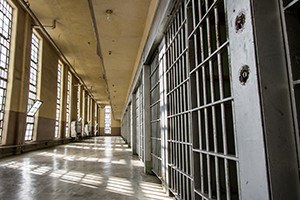 This section prohibits anyone from escaping or attempting to escape when (1) under a lawful arrest or (2) during confinement at an institution.

“For there to be an escape, there must first be a valid arrest.” Kyser v. State, 533 So. 2d 285, 287 (Fla. 1988). This is where a good Jupiter Custody Escape Lawyer can help because not all arrests are done legally. An officer must have probable cause to arrest a person. Probable cause means that based upon the police officers training and experience, a crime has been committed, is being committed, or is about to be committed.

While most people understand being arrested, there is a lower level of being “stopped” called being detained. Being detained is where the police officer stops a person because the officer has reasonable suspicion of some type of crime. The crime of escape “does not apply to suspects who have merely been detained.” Pollen v. State, 834 So. 2d 380, 382 (Fla. 3d DCA 2003).

An institution can be a:

A person can commit escape while at the institution:

Under Kyser v. State, an arrest is:

If the police officer did not effectively communicate the arrest to the defendant, the defendant was never under arrest and could not have escaped.

This is a level 6 out of 10 crime under the Florida Criminal Punishment Code. This crime is a second-degree felony which is punishable up to 15 years in prison and a $10,000 fine. The punishment will run consecutively (meaning only after the first sentence has been completed).

Our law offices have experience in dealing with criminal cases. Call today to schedule a free 15 minute case strategy to tell us your version of the story. We need to know all that you know because from the information you give us, we will create a defense strategy to your case. We will take depositions to determine what happened and what can be proven at trial.

We understand that not every case can be won and that sometimes fighting a case could result in worse punishment than a plea deal. In these situations, we will continue to fight to lessen your charges or lessen your sentence. Either way, we will always fight for you. Call today so we can get to work helping you.