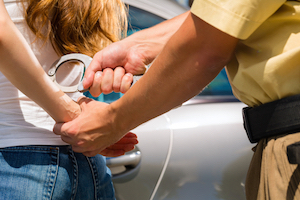 Have you been charged with a fleeing or eluding a law enforcement officer in the State of Florida? This offense is codified under Florida Statute 316.1935. Pursuant to the Florida statute, it is illegal for a person who is driving a car to continue driving after being ordered to stop by a police officer. A person who fails to follow an officer’s order to stop a car is considered to be fleeing or eluding the officer. If you are facing charges of fleeing or eluding, contact an Wellington Law Enforcement Fleeing Attorney at The Law Office of Roger P. Foley to discuss the possible punishments and your defense options. There are different types of fleeing depending on the facts. For example, a police officer is on the side of the road using his radar gun to “clock” the speeders and motions the cars to pull off to the side of the road. Another example is the typical stop of a police car with its lights and/or siren on behind a car.

What the State has to Prove for You to be Convicted

In order for the State to prove you have violated this law, the State must prove:

A person could be driving on any street or highway in the State of Florida to be charged with fleeing and eluding. A person could be driving a vehicle, such as a car or truck, or anything that can be used to move a person or property on a highway. That means that in Florida, a person can flee or elude on bike, motorcycle, or even a lawn mower – anything that moves and that isn’t stopped by you when ordered by a police officer can facilitate a charge of fleeing and eluding.

Typically, a person is charged with fleeing and eluding a law enforcement officer when he continues driving even though a marked police car is behind him with lights and sirens. Many people fail to realize that a simple traffic stop could turn into a felony charge for failing to stop in a timely fashion.

Depending on the facts, you might have available defenses to the charge. A defendant can be charged with this crime when the police ordered the person to stop but the lights and siren were not on. (Example: officer on the side of the road motioning with his arm to pull over.) If the lights were flashing on an undercover car, the prosecutor might have a hard time proving you knowingly fled from an police car because the Florida Statute says the police car must have “agency insignia and other jurisdictional markings prominently displayed on the vehicle” for the defendant to be charged with this crime.

The State of Florida has deemed it a third-degree felony to flee from or elude a police officer, which means that a person charged with the crime could be punished by up to 5 years in Florida State prison, as well as license suspension, vehicle forfeiture, and an adjudication of guilt.

If you or a loved one has been charged with the crime of fleeing and eluding in the State of Florida, contact an Wellington Law Enforcement Fleeing Attorney at our office to discuss your options and defense strategy.