False Reporting of a Crime 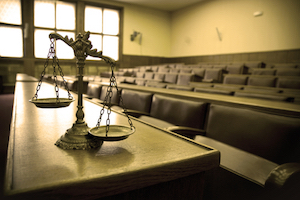 Florida Statute 817.49 – False Reporting of a Crime (That Never Happened)

Have you been arrested and charged with violating Florida Statute 817.49? This statute prohibits an individual from making up a crime that never happened and reporting that crime when they know it not to be true. This statute is distinguished from Florida Statute 837.05 which makes it a crime to falsely report information of crimes that really did happen.

This crime is sometimes committed by teens who think it is funny to prank their friend by calling in a fake report of a crime at their friend’s house. Other examples of individuals committing this crime based upon real life stories are:

There are times when innocent people can be charged with this crime. Sometimes individuals might be joking around and tell someone that something happened. Somehow the story is reported to the police and the jokester is not laughing anymore. Also, an overzealous community watch member might report things she thought she saw which in realty never happened, but instead of the police being thankful that a crime really did not happen, they charge the lady with this crime.

The crime requires that the defendant knew the information was false. This element can be hard for the prosecutor to prove. The prosecutor needs some facts that prove the defendant knew it was false and not just making some mistake or accident. Maybe the defendant was incorrectly observing something he thought was a crime. After all, shouldn’t people be comfortable with making phone calls to police about crimes without having to worry about proving the crime?

The Law Office of Roger P. Foley, P.A. is Here to Help Prove Your Inncence

This crime can be defended. Call our law offices to schedule a free 15 minute case strategy with one of our attorneys. Our attorneys want to hear your side of the story and discuss the facts and legal defenses available to you. At the consultation, it is important for you to tell us everything about the case so we can best help you. Our attorneys will present defenses to the prosecutor to persuade them to not file the case. This is why it is important to come to us as early as possible because we might be able to prevent any charges from being filed.

If needed, we can argue a motion to dismiss and argue your case to the judge. We can also take your case all the way to trial; however, sometimes it is not the wisest to proceed to trial, but to negotiate a plea deal for a lesser sentence or a lesser charge. In these situations, our attorneys will put together a mitigation package to persuade the judge and prosecutor to lessen your charges or sentence. We need to talk to you so we can find out more about your situation. Call us today so we can begin helping you