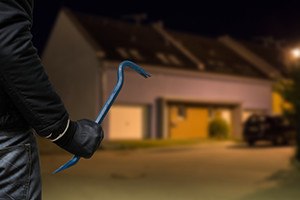 What comes to mind when you think of burglary tools? Most likely you will think of a crowbar, a ski mask, gloves, a flashlight, a screw driver, a pair of pliers, lock picking tools, etc. Police often arrest individuals who have these items on them and charge them with possession of burglary tools.

Just because a defendant can use a tool to commit a burglary does not mean that the tool was intended to commit a burglary. “The statute does not encompass, however, any item that may be used to commit some other offense once the burglary has been accomplished, even if that ‘other offense’ is the offense that the defendant intended to commit once he had accomplished the burglary.” See Calliar v. State, 760 So. 2d 885, 877 (Fla. 1999). This statute prohibits the possession of burglary tools, not theft tools. For example, if a person was burglarizing a house to steal a bicycle inside, the defendant could be convicted for possession of burglary tools for lock picking tools used to get into the garage but not for bolt cutters used to cut the chain on the bike inside the garage.

Sometimes other things that are used during burglaries are not considered burglary tools. For example, in Brooks v. State, the court explained that mere possession of a flashlight and a crowbar is not enough to convict for possession of burglary tools. The state would have to show the defendant intended to use the flashlight and crowbar to commit the burglary, not just that it could be used for a burglary. The court also explained that clothing cannot be considered to be part of the burglary tools. See also Green v. State, 604 So. 2d 471 (Fla. 1992).

Defenses to a Charge of Possession of Burglary Tools

There are some defenses to this charge. A good West Palm Beach Burglary attorney can point out that the state prosecutor did not show that you intended to use the burglary tool to commit a burglary.

Another defense that can be raised is that the state did not show any prima facie evidence of the defendant actually using the burglary tool which is another way of showing that there is no proof of intent. See Strachn v. State, 661 So. 2d 1255 (Fla. 3d DCA 1995).

This crime is ranked as level 4 under the Florida Criminal Punishment Code. The crime of possession of burglary tools is a third-degree felony which is punishable up to 5 years in prison and a $5,000 fine.

If you have been arrested and charged with possession of burglary tools, contact our law firm to schedule a free 15 minute case strategy. This case can be defended. We need to talk to you to find out your version of the story. From the information you give us, we will then create a defense strategy for your case. Our West Palm Beach Burglary Attorneys will then work on your case to find the best possible outcome. Sometimes it is not the best choice to go to trial because the evidence against the defendant is so great. In these situations we won’t just give up on you but we will fight to get you the best outcome possible for your case. Know that in whatever situation you find yourself, we will fight for you.