Providing a Fake ID or Fake Verification of Ownership of Property to a Pawnshop - Florida Statute 539.001

Fake Verification of Ownership of Property 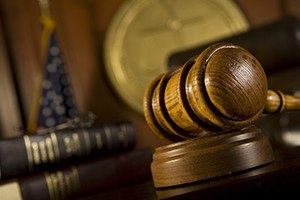 When people need to get a little extra cash to pay the rent or mortgage, they decide to pawn some of their stuff. They grab the item they want to pawn and head off to the pawnshop. After haggling with the shop employee, they agree on a price. The shop employee hands the person a form and says, “Fill it out.” Florida Statute 539.001 requires that anyone who pawns property be required to sign a statement that says the property is not stolen and the person is the rightful owner of the goods. Pawnshop forms also have places to put the seller’s right thumbprint and signature. The reasoning behind requiring pawnshops to have individuals who want to pawn items sign a statement that the property is not stolen is because many people think that they can sell stolen items at pawnshops and not get caught.

Another reason is that pawnshops have been “fences” for “boosters” to sell stolen property. Thieves (boosters) do not always want a TV, jewelry, power tools, etc. but they want cash. They will have a hard time trying to arrange deals to sell stolen “hot” property because the police will be actively looking for the property they are trying to sell. Undercover cops will be lurking on Craigslist and other areas trying to find the property. The thieves need the fences. The thieves sell to the fences who then sell the property through non-criminal business into the public. Since pawnshops have been used in the past to do this, Florida has laws trying to prevent this.

When an individual fills out a form, he must give his right thumbprint. Pawnshops also have video surveillance and employees who can sometimes remember faces. All this is evidence that can be used to link people to other crimes. For example, one pawnshop owner received some jewelry that was later linked to a murdered victim who was wearing it. Another example is where some pawned silverware was linked to a home burglary. You can be prosecuted for the theft and previous crimes at the same time.

These crimes can link individuals to other crimes. You will want to talk to an experienced attorney who can see all the chess pieces on the chess board. The facts surrounding the whole case can become very complex. Our attorneys focus on criminal matters for the South Florida area and know how to navigate the “landmines” in your path. Call today to schedule a free 15 minute case strategy.