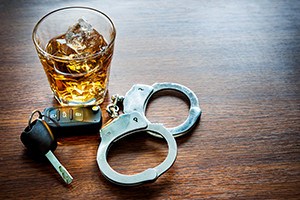 In the West Palm Beach, when you are pulled over by a police officer and he suspects you are driving under the influence, he will ask you to perform what are called Field Sobriety Exercises (FSEs) or Roadside Sobriety Tasks. These voluntary exercises are supposed to be designed to help the officer determine if you are impaired by drugs or alcohol, by measuring your coordination, balance, and cognizance.

What are the Standard Field Sobriety Tests?

There are three field sobriety exercises that have been approved by the National Highway Safety and Traffic Administration (NHSTA). These tests are:

Is There any Way to Fight the Results of Field Sobriety Exercises?

Although these tests have been “approved,” that does not mean that they are 100% accurate, nor does it mean that the officer instructing you on the exercises is competent to do so. There are many problems with field sobriety tests, and a West Palm Beach DUI Defense Attorney can fight your charges by arguing the unreliability of such subjective measurements. Field sobriety exercises are extremely subjective and depend on a lot of elements, from physical maladies, to the weather, to the officer’s mood that day.

With regard to the specific tests:

When can a Police Office Ask Me to Perform These Tests?

Field sobriety exercises are administered by law enforcement officers whenever they pull someone over, or stop someone at a DUI checkpoint, and have reasonable suspicion that the driver is under the influence of drugs or alcohol. "Reasonable suspicion" is completely subjective in these cases. Weaving, changing lanes without a blinker, and speeding can be enough for an officer to pull you over. Field sobriety tests are completely voluntary, although it is unlikely that the officer will inform you of this. Any Palm Beach County DUI Defense Lawyer will tell you that it is best to decline performing field sobriety tests due to their subjective nature. In other words, “no evidence” is better than “evidence” against you. There are many mistakes that you can make while performing DUI sobriety exercises, even if you have had nothing to drink, that will give the officer evidence and lead to your arrest. If you choose to take the field sobriety tests and fail in the eyes of the officer, you will be arrested and charged with driving under the influence (DUI). In this situation, it is imperative that you remain silent and only speak in order to ask for a West Palm Beach Drunk Driving Attorney.