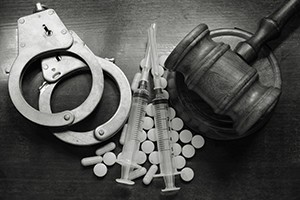 According to the Substance Abuse and Mental Health Services Administration, there were 18.9 million people who used marijuana in 2012. In the same year, the FBI UCR reported there were approximately 650,000 arrests made for possession of cannabis. Even though states such as Washington and Colorado have made it legal to use marijuana, it is still a crime in Florida. Possession of cannabis is defined under Florida State Statute 893.13.

Depending on the amount of cannabis or “weed” you have, it can be categorized as a misdemeanor or a felony and the penalties vary accordingly. Regardless of the amount, if you are convicted of possession of cannabis, there is a mandatory two-year suspension of your driver’s license.

If you have less than 20 grams, it’s a first-degree misdemeanor that carries a penalty of up to a year in jail and a fine of $1,000. Possession of cannabis becomes a third degree felony if it’s over 20 grams but less than 25 pounds. You could face up to five years in prison and a fine of $5,000.

The charge of possession turns into the crime of trafficking in cannabis when the amount of marijuana is over 25 pounds. The punishment associated with trafficking depends on the quantity:

There are certain criteria that the State of Florida needs to prove to a jury beyond a reasonable doubt before a person can be found guilty of possession of marijuana. They elements are as follows:

For the offense of trafficking, the weight of the drug becomes an essential element as well.

If you get arrested for the charge of possession of cannabis, the Law Offices of Roger P. Foley wants you to relax and take a deep breath. You have been charged with a crime but there are many defenses we can use to tackle your case.

As the charge states, the prosecution needs to establish you had possession of the drug; there are two types of possessions, actual or constructive.

If you had actual possession, the State needs to prove:

Constructive possession of marijuana is having knowledge of its presence and the ability to control it. Put simply, you have to know it exists and be able to physically control it.

Roughly 1 out of 20 people get arrested every day for possession of marijuana. You could be catching a ride with a friend who has pot in the center console and you don’t know it’s there. He blows a stop sign and gets pulled over. The cop asks for license and registration and your friend opens the console to look for his documents. The marijuana is spotted and you both get arrested for possession. You did nothing wrong but yet you are facing a legal battle ahead.

In addition to the legal penalties, the stigma of the conviction for a drug offense can often have long lasting effects. Many years after the conviction, it could still prevent opportunities for employment and housing after a background check reveals a criminal record.

That’s why it’s important when you are arrested to not talk to the police, do not incriminate yourself, and get a skilled West Palm Beach Cannabis Possession Attorney who can fight the charge. Call the Law Offices of Roger P. Foley at (561) 746-7076 so we can discuss what options are available for you. Mr. Foley is a lifetime member of NORML.